I keep jumping back and forth with blogs about my time in Italy, and this time, I am telling you my antics that occurred to me during my time in Naples, alongside some, hopefully, useful information which will inspire you to visit this beautiful Southern Italian city. The place itself is an urban, typically styled Italian city, especially when the sun is radiating onto your skin, you cannot mistake it for any other place on earth. The architecture is unique to the eternal city.

Apart from the city itself, and the transportation we needed to take from Pompeii, where I was accommodated, to the city Naples, all that itself was an adventure, a once in a lifetime opportunity to step out of my comfort zone in a country I had no idea where things were, and barely being able to communicate with their language. I had a stop at their museum, the Naples National Archeological Museum, which is close to the train station, easy to get to for any tourist.

The museum itself it intriguing and fascinating, filled with magical archeological artifacts holding the uncovered mysteries from the highly powerful Roman era. It is a great place to go if you are an avid Roman fan like myself, or to just delve deeper into the customs and understand the history and culture of Italy, especially in cities like Naples, Rome, which is becoming modern but still withholds their honour of their history.

Earlier times are always the best times to go especially during summer, as more people tend to go to museums, however as this museum is not as popular as other tourist spots in Italy, in particular in Naples do not worry about queues or a stampede, you most likely will not be encountering this. I cannot remember ticket prices but in Europe majority of places let anyone under 18 for free, and students get discounts. This also implies if you are over 60.

If you are in Italy and close to Naples, it is worth to spend at least a day exploring the city and comparing the different places of Italy because you will most likely find something distinct in any part of Italy you go. Happy travelling! 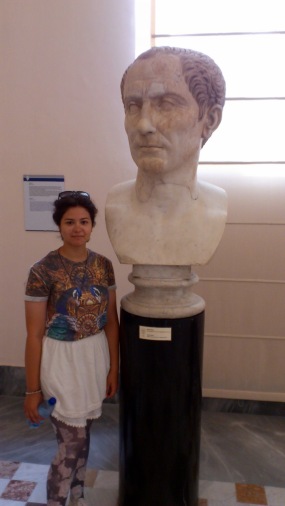 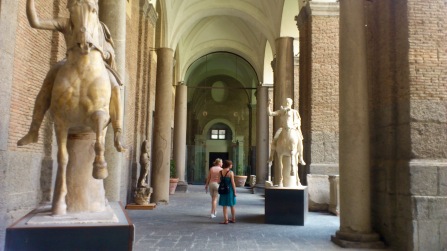