Amidst all the greenery with beautiful trees swaying in the direction in which the wind guides them in the countryside, Poland is fabulous if you crave tranquillity. With all the nature surrounding you, that is what you get.

Sharing its border with Germany, Slubice is a gateway between both countries and showcases that with their use of both German and Polish in the city, although many citizens can only express their thoughts in Polish. Restaurants are an exception in many circumstances, although menus majority of the time will be written in Polish, German and English. This gateway shows the little town of Slubice and their amazing architecture which was once part of German territory before WW2. 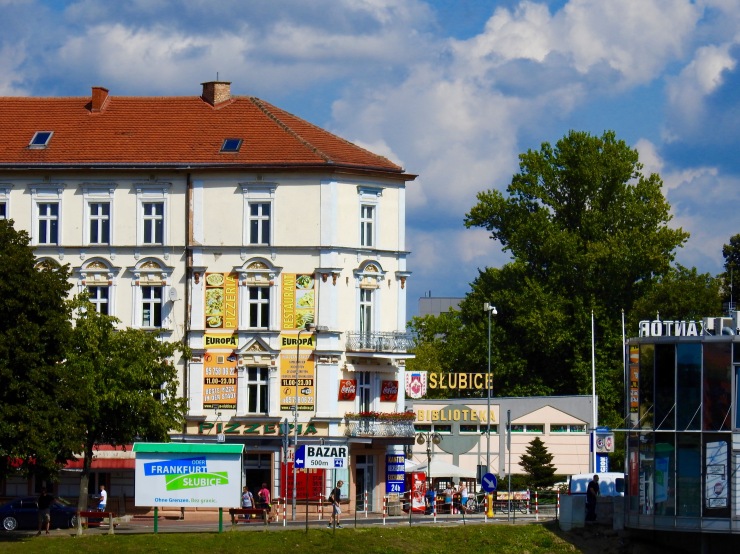 Although Poland’s capital, Warsaw, is the city which grabs the most tourists out of any other place in Poland, there is a little gem situated nearly two hours, driving distance, from Slubice called Gorzów Wielkopolski. Poland is surrounded by memories of WW2 including the ever famous concentration camp, but museums offering machinery, tanks, weapons can be found in this little city. With its eerie post-war feel on the streets as houses in which Germans were forced to leave or be killed are now occupied by the Polish residents, you can learn a lot about the catastrophic world event.

With beautiful warm summers and dreary winters, Poland is a great getaway to experience something unique and different to other European countries. It is recommended to visit during Summer, as with the majority of European cities simply to enjoy the country in all its glory. If you are ever in Poland and have time to see other cities, I definitely recommend a quick trip to Slubice and Gorzów. It is less modern and economically stable than the famous cities of Poland, but definitely a great time to experience a different aspect of Poland.

2 thoughts on “A European Adventure – Peace in Poland”